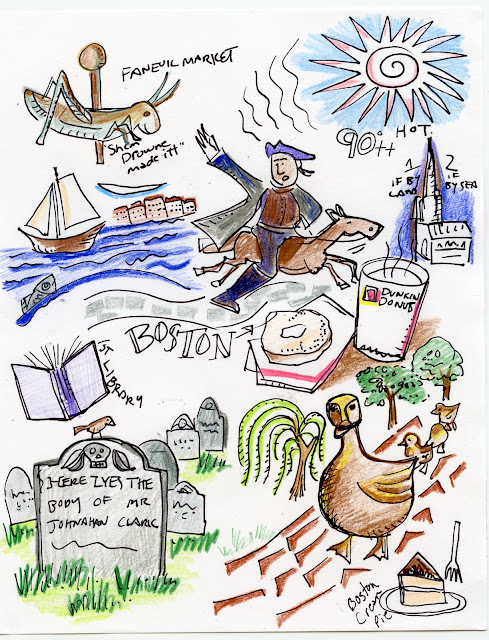 ...and walked one of our oldest cities.
Posted by Claudia at 6:28 PM 3 comments: 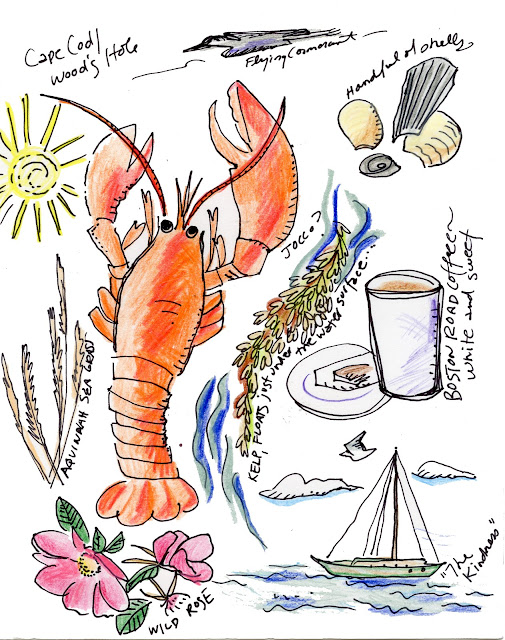 Had a few days of vacation. Explored the New World coast...
Posted by Claudia at 8:55 AM 5 comments: 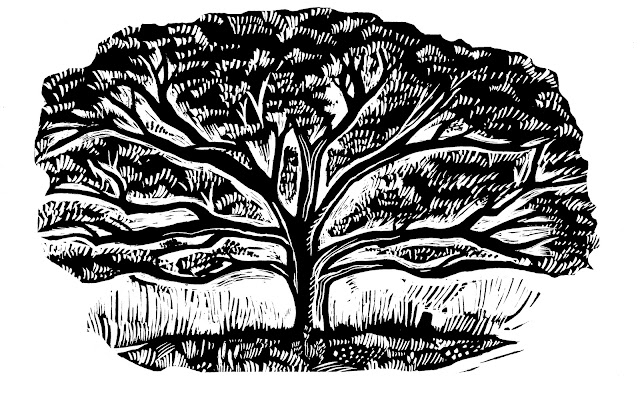 When we moved to Iowa and I was in the first flushes of learning about my new home's landscape history, I came across a term that intrigued me; "Witness Tree".  Back in the day, a prominent tree was sometimes used by surveyors in Iowa (and elsewhere) to mark the location of a survey corner. This happened mostly when a "true" property corner could not be reached (because it was on steep terrain, or the bottom of a lake, etc.). A witness tree, close to the true corner, was a stand-in reference point and marked with a cut or gouge to the trunk for future use.

What a noble thing, to be a witness tree. It's a job not chosen, but delegated out of happenstance. It had to be strong and big enough to be useful to the surveyors. A tree is perfect symbol of strength to me, especially oaks. There are beautiful oaks in Iowa; white, bur, black, red. I bet many have had double lives as witness trees. Robert Frost also wrote a poem about a witness tree called "The Beech".  I'll share it here, if the Copyright Gods allow.

It seems to me some people are like witness trees to human events that occur around them. They define a boundary, provide a point of departure, "establish and bear out" a truth. They are part of a history because of where and when they existed. No more or less.


The Beech
by Robert Frost

Where my imaginary line
Bends square in woods an iron spine
And pile of real rocks have been founded.
And off this corner in the wild,
Where these are driven in and piled,
One tree, by being deeply wounded,
Has been impressed as Witness Tree
And made commit to memory
My proof of being not unbounded.
Thus truth's established and borne out,
Though circumstanced with dark and doubt
Though by a world of doubt surrounded.
Posted by Claudia at 3:09 PM 2 comments:

Rabbit in the moon 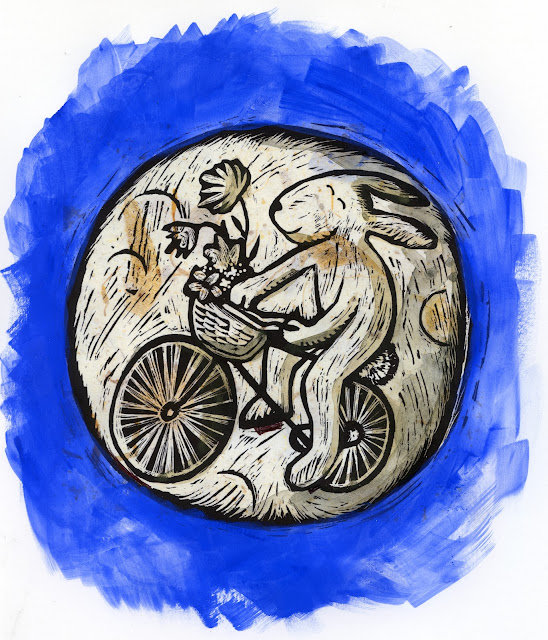 Many culture's folklore claim a rabbit in the moon. I clearly see a bunny on the lunar surface, but mine is riding a bicycle. See if you can glimpse him peddling in next month's full moon- July 3rd- in a summer night sky night nearest you!
Posted by Claudia at 3:18 PM 3 comments: 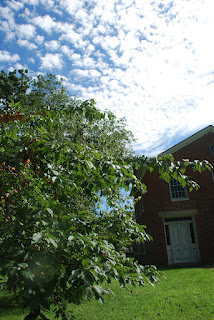 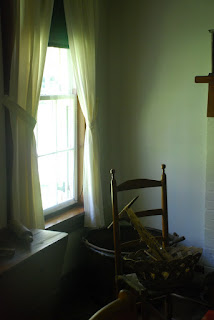 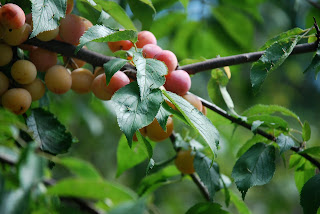 Plum Grove is nestled off a main traffic artery in residential Iowa City. Beyond the entrance, the property, shaded with mature oaks and fruit trees and a spanse of lawn, has an immediate air of serenity. An elegant red-bricked Greek revival home stands sentry near the middle of the four acres. Birds, squirrels, and rabbits forage around the unexpectedly large green sanctuary.

One can time travel here. The founders of Iowa City were wise to protect this small parcel of regional heritage. Iowa’s first governor Robert Lucas, along with his wife Friendly and their family lived at Plum Grove in the mid 1800’s. History and archaeology tell us quite a lot about what the property was like then. The Johnson County Historical Society have done an admirable preservation job in interpreting this record for us.

I’m enchanted with Plum Grove. It was here when the tallgrass prairie still lapped against the edge of town. I love the surprising vastness of the site, and always have a peek inside the house with all it’s to-the-period furnishings. Somehow, it still feel very much like a home.

I connect with Friendly. We know she had a kitchen garden, most people did in these days. There was also a plum orchard with many kinds of heirloom varieties. I like to think of Friendly walking the grove on a mid-summer night’s eve. It is humid but she’s used to it. She’s wearing a long dress of the day. She’s thinking about the preserves she’ll make from the basketful of plums at her hip. The preserves will be a sweet surprise for her family on some January morning. One last yellow gage should do it. Time to light the lanterns. Robert will be home soon.