Scratching Into the Wilderness

My picture book is based on painter/illustrator (1882-1971) Rockwell Kent's last century stay in SE Alaska with his son 9-year-old nine Rocky. Kent's own journal in book form (Wilderness: A Journal of Quiet Adventure in Alaska) is a close resource in my research.  Written in diary entries, I occasionally turn to it for illustration detail and quick inspiration. The Kents were on the island during the winter months, so it's interesting to see what they were doing on any given day, even the same calendar day I am working!

Final art began this week. All goes well enough so far. Each illustration starts as a puzzle. Questions of blade stroke, white space, face emotion, light source, landscape and historic detail all have to be answered now and this can be difficult and time consuming to solve. It is like entering the wilderness, many unknowns around each bend of the trail.

I am at the black and white scratchboard stage. I am working with x-acto blades and to-size pieces of scratchboard. After transfering my sketch with white chalk to the black surfaced scratchboard and scratching away,  I will scan each finished scratchboard, clean the lines up a bit in Photoshop, then print on to watercolor paper. I like to complete a few scratchboards consecutively, then have a watercolor party with about of six or so pieces at a time. So I can't really say I am done with X, until all these stages are complete. Every medium has its stages.

...here, we have found ourselves— for the wilderness is nothing else.
- Rockwell Kent 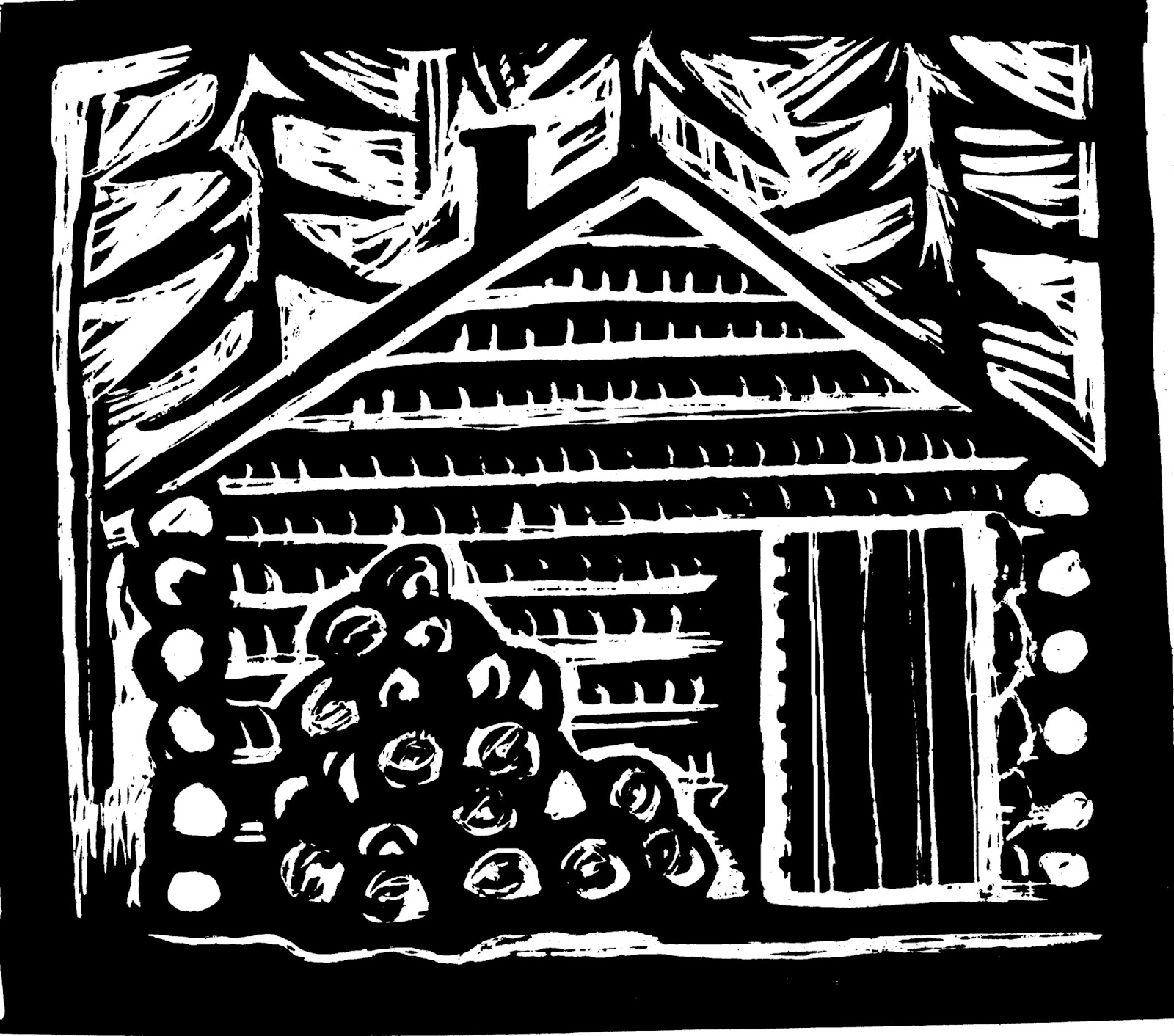 Posted by Claudia at 7:20 AM No comments:

Snow was again falling outside the window as I woke up yesterday. Perhaps this is why something colorful caught my eye on the book shelf: Van Gogh: Letters from Provence (selected by Martin Bailey, Collins and Brown, 1990). Yes, I decided, today I would take a trip to the south of France and bathe in the sun palette of Vincent Van Gogh.

I bought this book a few years ago and had only flipped through it. But something nudged me to read it carefully. Once absorbed into the correspondence so thoughtfully presented by the editor, I could not leave Van Gogh's words until the final letter was written, folded into a shirt pocket, and taken to that God-forsaken wheat field.

Some things I learned:

All of Van Gogh's greatest paintings were created within the last three years of his life (in his final 18 days, he finished 11 paintings...11!) It was a phenomenal rate of work. If you read his letters, his mental state was so frail at times, I don't know how he channeled the strength.

His brother Theo was one of the most supportive brothers ever to be documented.

Van Gogh's letters are fluid and descriptive even as he dips in and out of illness. He sees the world of color vividly. Here is an example from a letter to Theo, describing a canvas he is working on:

The town is blue and violet, the gas [house light] is yellow and the reflections russet-gold down to greenish-bronze. On the blue-green expanse of the sky, the Great Bear [star constellation] sparkles green and pink, its discreet pallor contrasts with the harsh gold of the gas.

Van Gogh copied several of his paintings, to make duplicates to sell and give away, an interesting discovery, as I think of these masterpieces as being singular.

The wealth of personal story these letters record... if texting had been around then, we would not have  anywhere near the detailed insight into his inner struggles. Imagine:

He certainly would not have been able to paint without writing the letters; they were a spiritual life-line. Theo often sent financial support in letters, as well.

The book comes, of course, to it's sad finale. Van Gogh, after struggling probably all his life with mental inbalances, shot himself at age 36. What a collection of work he left us with though, pieces that turn white into gold, night into day, winter into spring.  I don't think I'll view a Van Gogh again in the same way. 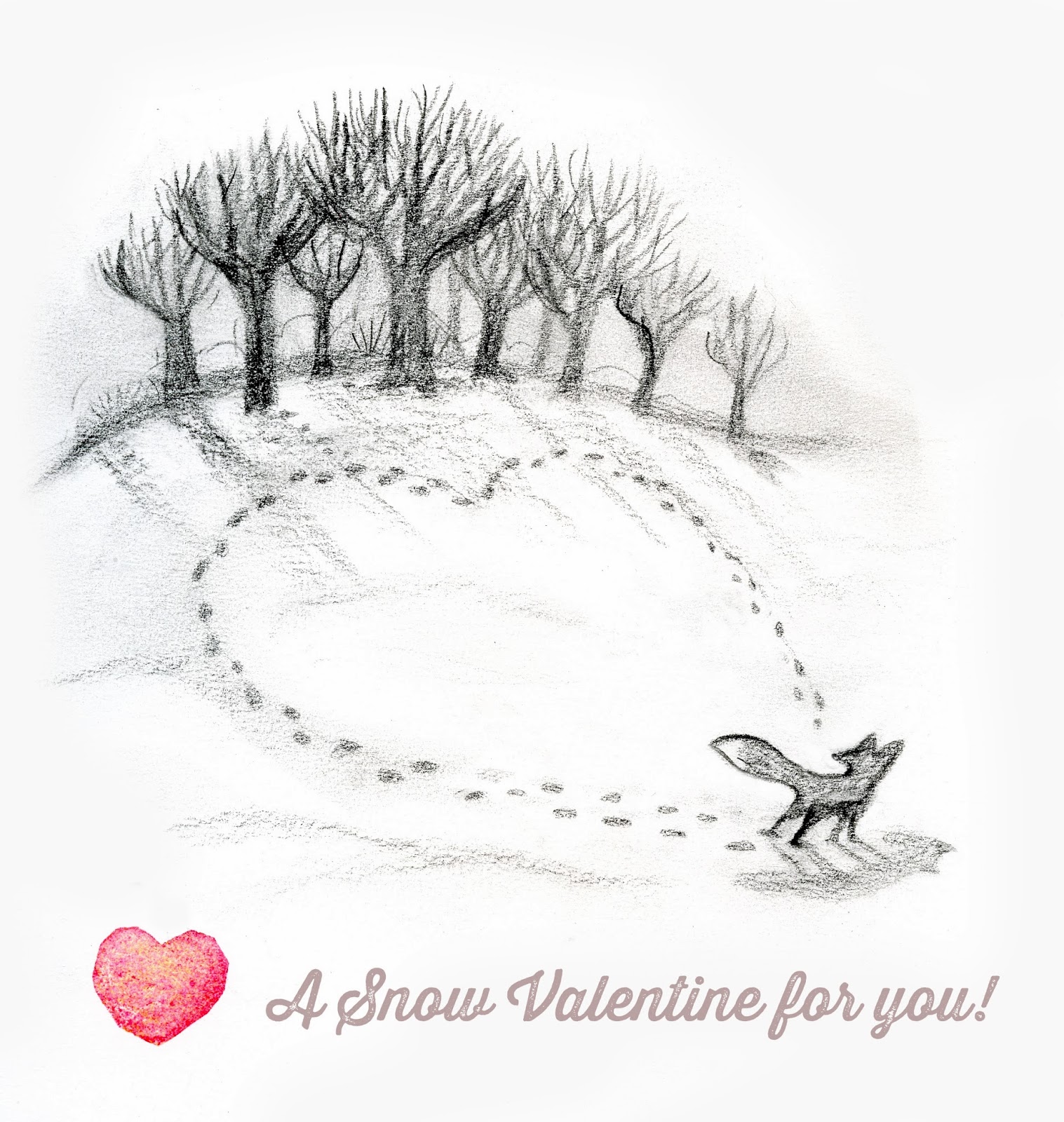 Posted by Claudia at 9:45 AM No comments:

Back on Mt. Picture Book, this week I have made Base Camp II and completed sketches for the first go-round of edits. I'm happy to see it start to form the visual narrative that, up 'till now, has only lived in my head. There are so many ways one can tell a story. At some point, I just have to go with my gut, my first instinct and pencil squiggle, to get it down and out.

As a result of long hours in the chair, combined with sub-zero temperatures and erractic school schedules, my usual exercise routines has become spotty in occurance. I am wider sitting in my studio chair than I wish to be! For Christmas, I received a "Fitbit" activity tracker from my lovably techno-geeky family. These wrist watch-like devices digitally record daily physical activity in steps (or stair climbs or mileage, however you'd like). For me, 10,000 steps is a good number to strive for. My Fitbit lets me know with a happy chirp if I reached this goal. However, since using my Fitbit, I have to admit to reaching 10,000 steps very few of the recorded days. This surprised me. If I get a walk or run in, or do yoga or a video workout, I hit 10,000 usually by early evening. BUT, if I don't, if I just work at my desk a normal work day, I barely break 4,000 by dinner time. Yesterday I looked down at noon, after all morning sitting at the computer and I had not even hit 500 steps! It certainly hit home how sedentary my illustrator job is, even when I thought I was being pretty active. It also sheds light on the "mysterious" extra pounds I've been carrying around this winter:)

My Fitbit has made me mindful. And with this little room to breath in between deadlines, I'll be stepping it up before the next big art push needs to occur. Either that, or I'll be buying a roomier computer chair soon! 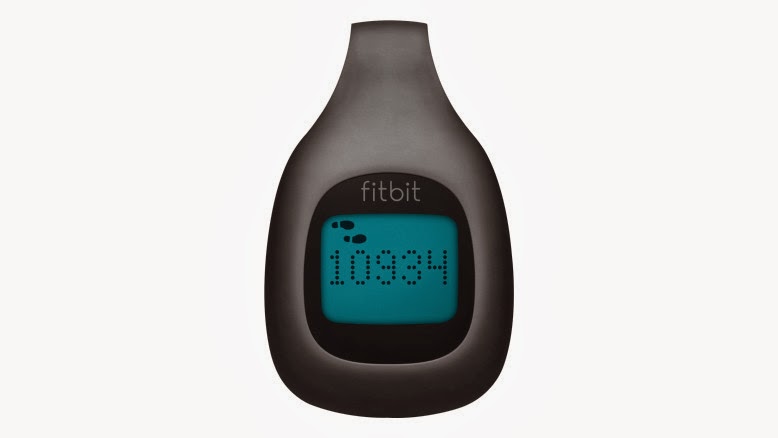 Posted by Claudia at 1:04 PM No comments:

The call of illustrative nature!

Taking a quick break from the book making today to announce a new local venture. Bird cards, art prints, picture books and other labor-intensive-not-really-profitable-but-from-my-heart type products are now available in a brick and mortar gallery, downtown Iowa City (Urbanity; 511 Iowa Avenue, around the corner from our local Co-op New-Pi.)  Jesting about profit aside, I do like that setting up a small display of wares gives me a chance to explore a cohesive look through my illustration palette, and an overall message the work conveys.

Meanwhile, back to the Nuclear Winter that is Iowa this year. But do stop by Urbanity for an early spring bloom of art! 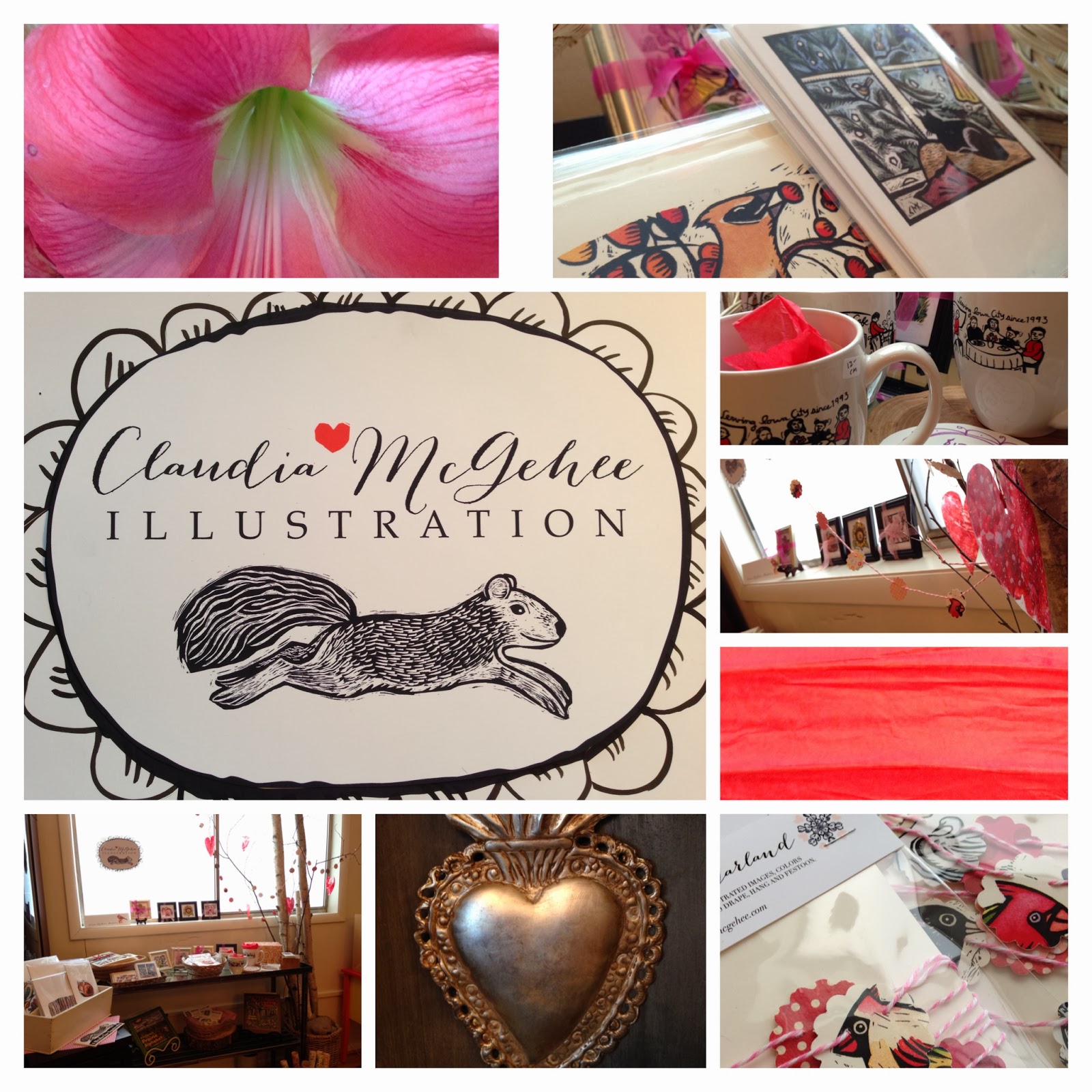 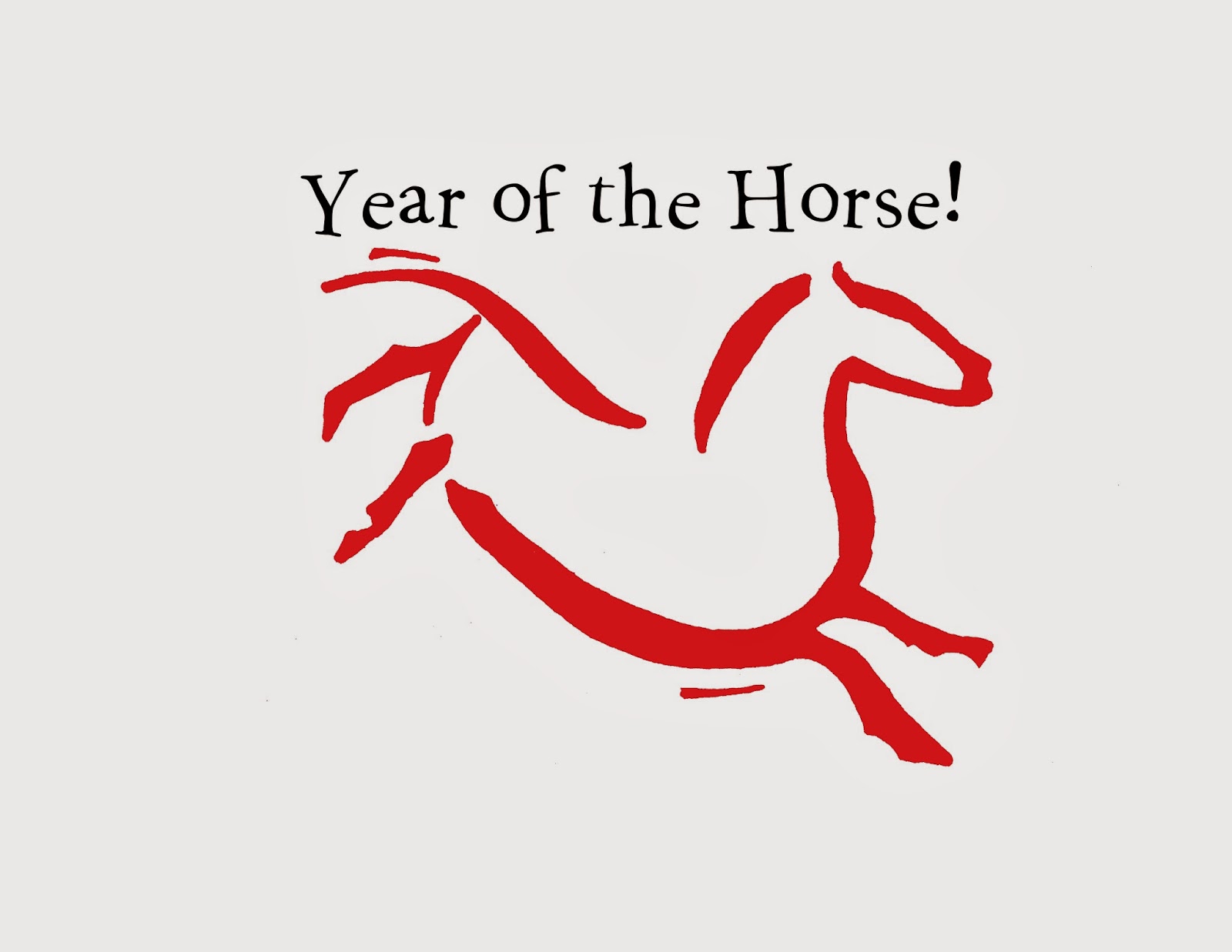 Posted by Claudia at 6:59 AM No comments: